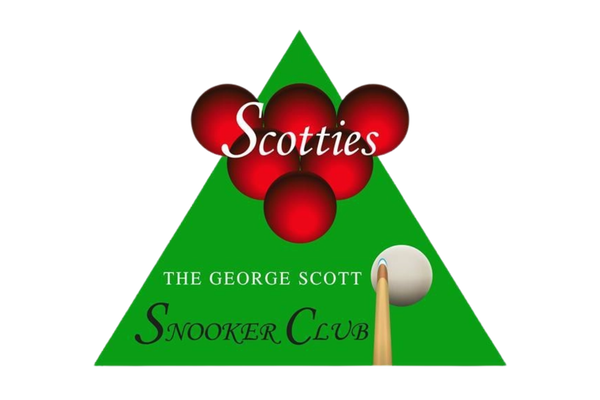 Established 13th April 1983 by George & Vi Scott the club has become one of the most prestigious clubs in the country. Where you can be sure of great playing conditions and a warm welcome from this club

George played in the various Billiard Halls as they were known then around Liverpool, sadly the Billiard Halls slowly disappeared over the years as snooker took a decline.

George turned professional in 1982 although he didn’t win a professional tournament he did climb the ranking to No 37 in the world and at the age of 53 was quite an achievement his best performance was reaching the last 16 of the Canadian Open against Steve Davis Steve won.

George dreamed of opening a snooker club for over 30 years as snooker was his passion. George applied for planning permission in 1980 to open Liverpool first modern Snooker Club in Bedford Rd Walton but was turned down so the hunt continued to find premises in 1982 the Golden Leisure Group opened a Snooker Club in Camden St the same year George found Derby Lane and in 1983 opened his dream (The Liverpool Billiards & Snooker Club) with 17 tables he expanded to 24 a year later as snooker was booming once again. The club now hosts 25 Snooker tables, 4 English pool tables & 2 American Pool tables.

Sadly, in September 1998 George lost a long battle against Cancer son Geoff made sure that his name and dream lives on and renamed the Club from The Liverpool Billiards & Snooker Club to THE GEORGE SCOTT SNOOKER CLUB and is now known to most people as just “Scotties”